I don’t know about you, but I am a huge fan of those adorable birch candles featured in home decor catalogs like, my personal favorite, Pottery Barn. 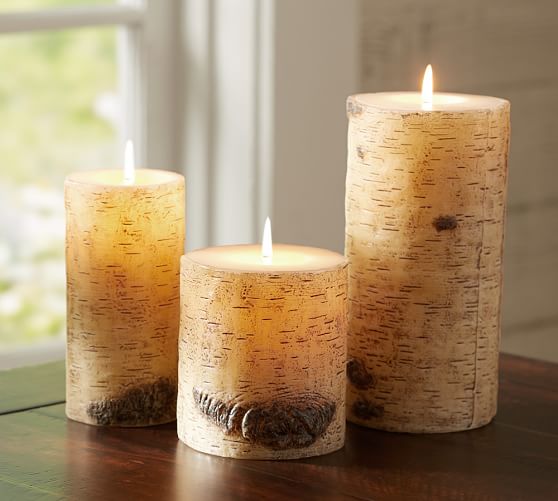 The price of these particular candles, however? Yea. I’m not a huge fan of that.

So what do you do when you just gotta have that special piece for your holiday mantel but you don’t want to have to sell a kidney to get it? Why you make it yourself, of course!

I started with five flameless candles in various sizes that I picked up at Walmart. The total for all five was about $15. 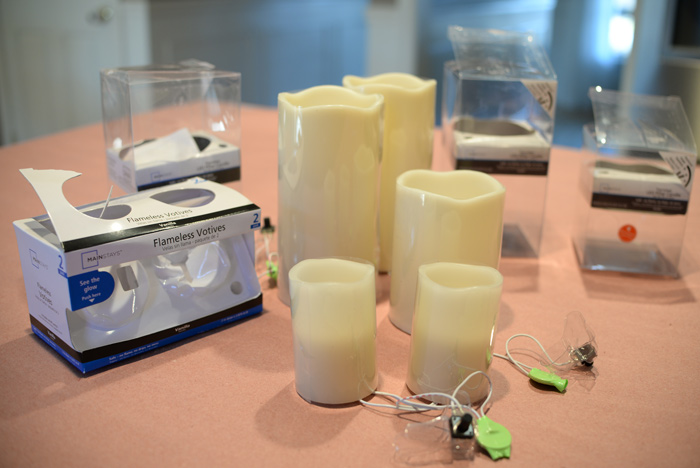 I chose the battery-operated version because I wanted them to last and I didn’t want to worry about keeping stuff away from the flames. I’m sure you could use regular pillar candles. Just remember to never leave burning candles unattended – especially DIY ones. 😉

I started by painting the outsides of the candles in a greige color (that’s a cross between gray and beige, to be clear), similar to the color of tree bark. I used leftover chalk paint I had lying around, but any craft paint would probably work.

After the paint dried, I took a craft knife and cut slits all over the outsides of the candles to create the texture of birch bark.

I like to keep a picture of what I’m trying to replicate handy on my laptop while I work, so I can do my best to get the design correct.

I created faux wood knots on the candles by drawing eye shapes in various sizes with my craft knife, then scoring (i.e. notching or scratching out) the middles.

After that, I brushed on some Varathane® stain (in Espresso) that settled into the cracks and started to give the candles the look of real wood bark. 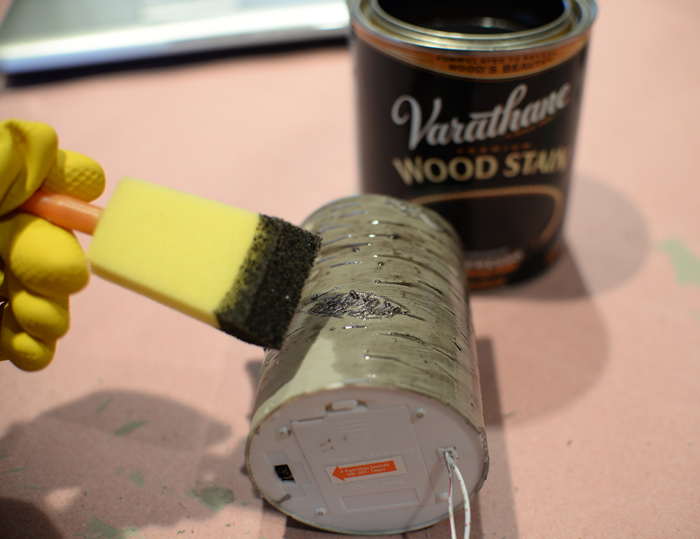 I wiped off the excess stain and let everything dry really well. Then I brushed on a watered-down layer of silvery-white paint, giving the candles a bit of shimmer.

Finally, I accentuated the knots by going over them with a small artist’s brush loaded with a watered-down mixture of brown and black craft paint. I used craft paint for this step because it stuck to the wax really well. 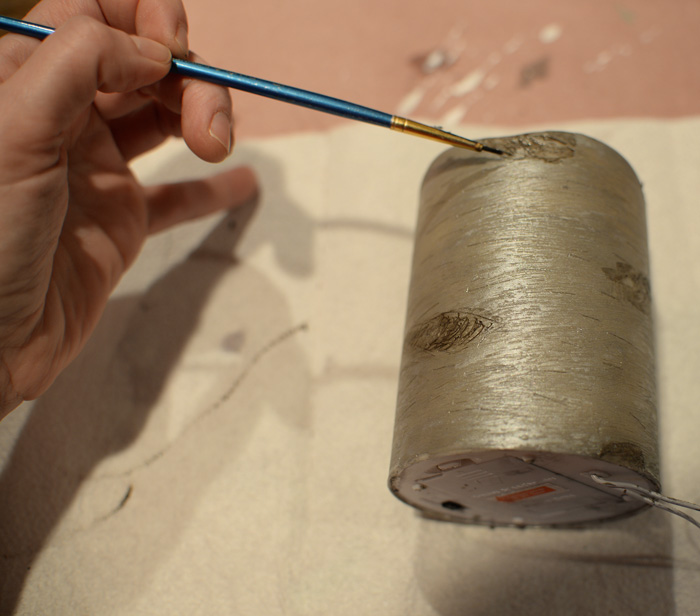 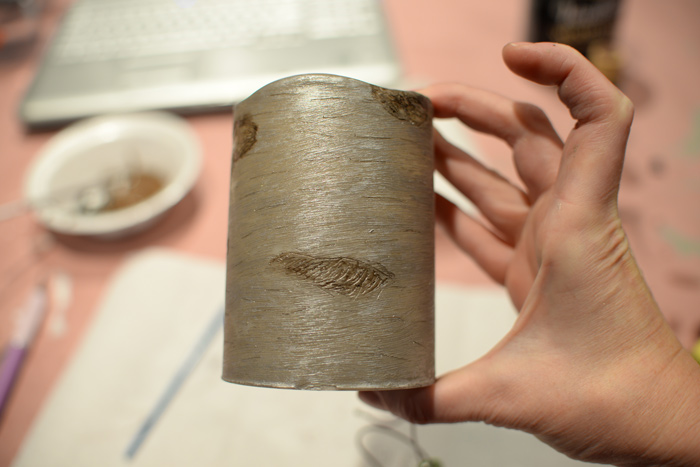 Done! Here’s a look at my knockoff birch bark candles:

To purchase five similar candles from Pottery Barn would have cost me $192. My thrifty, DIY version cost me less than $20!

What do you think of my Pottery Barn knockoff DIY birch candles?

Special thanks to the folks at Rust-Oleum® for providing me with the Varathane stain I needed to complete this birch bark candle project.

Before I go, I’d like to announce the winner of the HomeRight SteamMachine Plus Multi-Purpose Steam Mop. Congrats to: