Happy Valentine’s Day peeps! I hope you take the opportunity today to squeeze your sweetie if you’ve got one.

Over the weekend, in true “Susan” fashion, I looked around and thought about all the things I should get to work on. Then I decided to do none of those things and, rather, started a completely new project instead. (I’ve never claimed to be normal.)

I dug around in my fabric bin and pulled out this cute, whimsical green fabric I bought on a, well, whim at JoAnn Fabric & Craft Store last year. 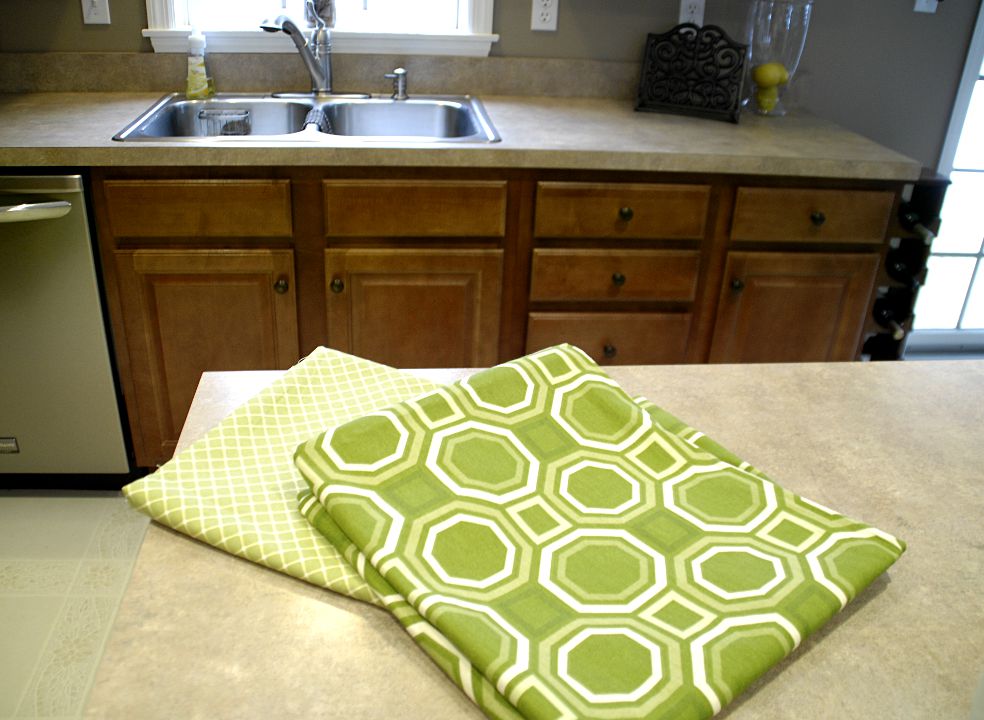 After some Pinterest inspiration, I decided to use it to create a new valance for my kitchen window. 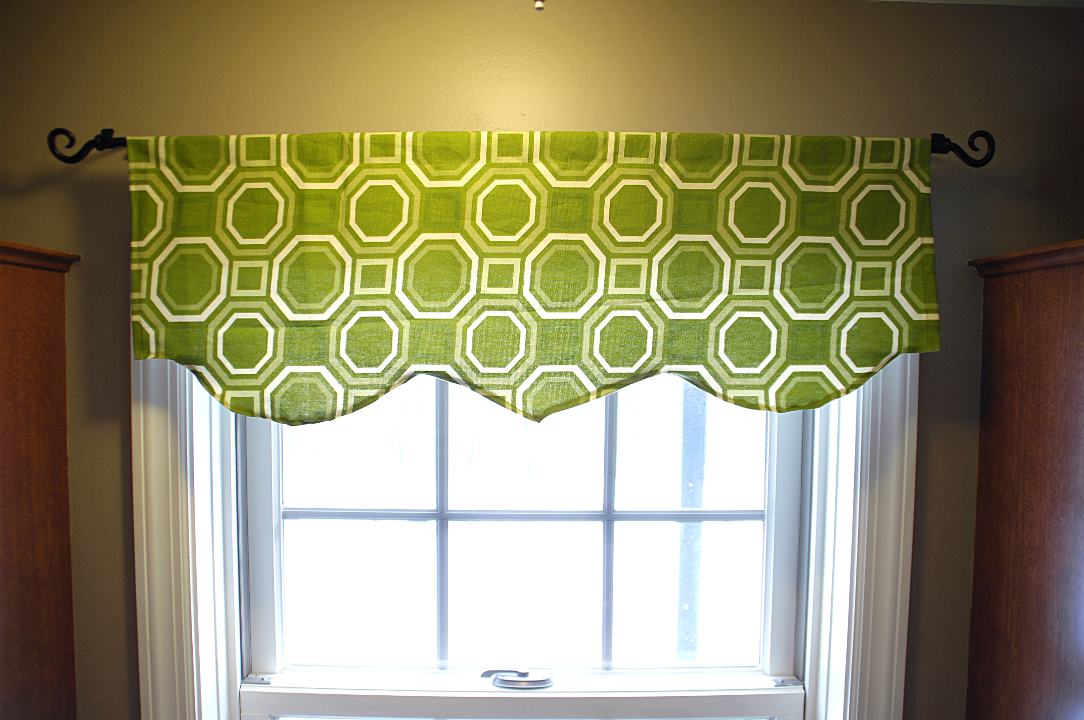 I measured the length and width I needed, remembering to add an extra inch on the sides for hemming purposes and two extra inches at the top for the fold that the curtain rod slips through. 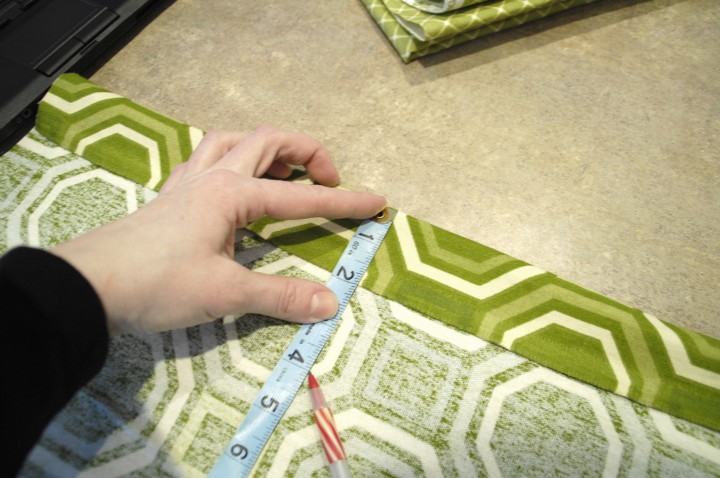 After that, I used this handy placemat to create an even, half-circle shape on either side of my “triangle.” 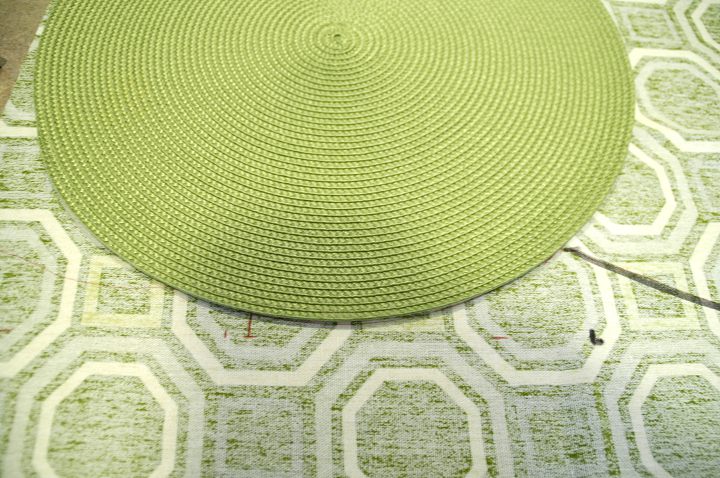 When I felt I had a (fairly) symmetrical piece marked, I cut it out. (Disclaimer: All the sewing I do is amateur at best. I don’t follow very many “rules.” Usually, my sewing projects involve a lot of sweating, an occasional curse word, tons of marking and re-marking, and a finished product that looks wonky but OK from a distance. Consider yourself warned.) 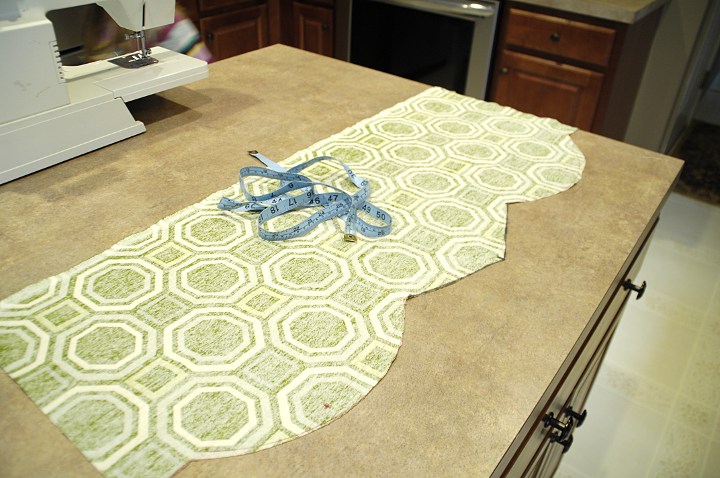 I sewed a hem on the sides of the fabric first. This is important. 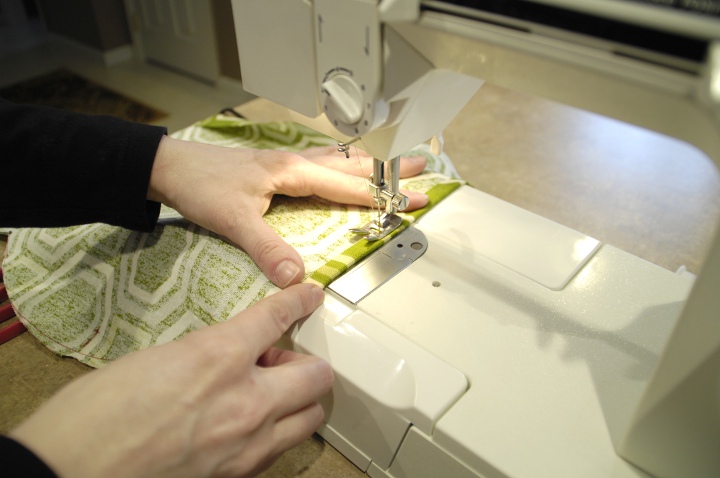 Then I sewed the top fold (for the curtain rod to slip through). After that, I pinned the hem for the semi-circle portion and slowly sewed the hem. 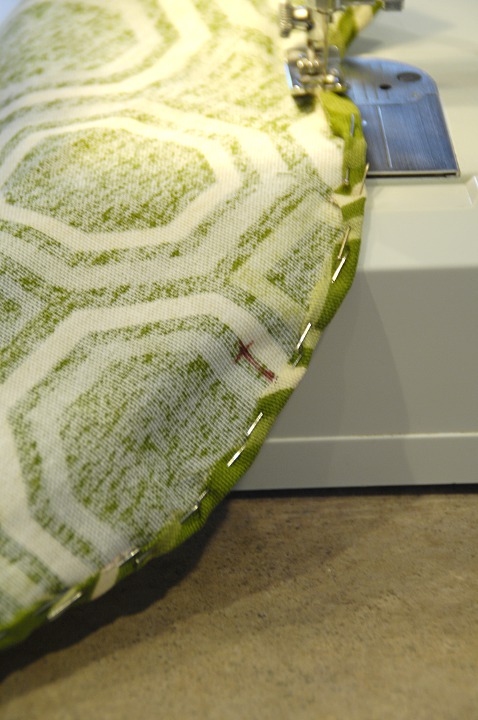 I usually try to stick with straight edges when I sew. I guess I felt like being challenged this weekend. I was.

Here’s the final product – nothing super fancy, but a cute change for spring. 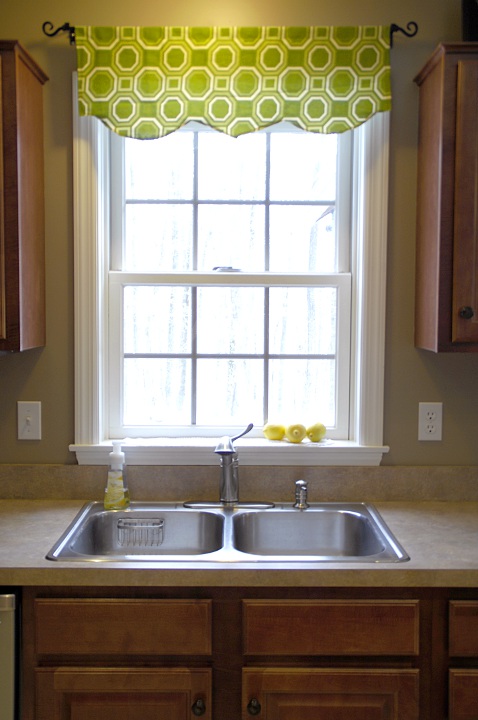 Oh! If you’re wondering, I am happy to report that I have made some (small) progress on the molding project in the dining room. 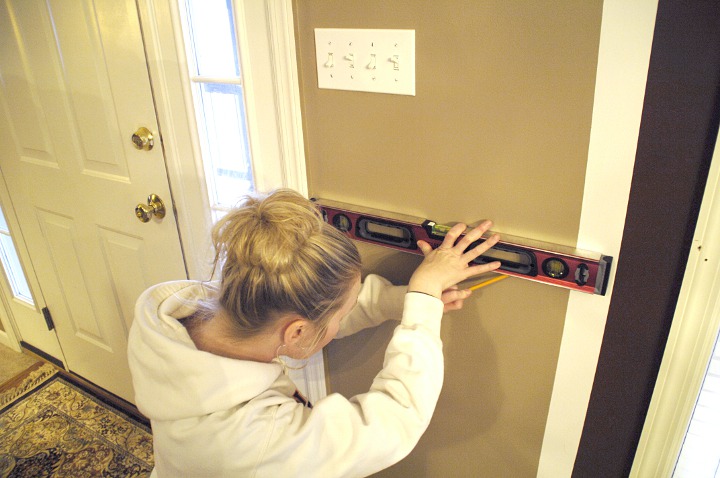 I measured the spot where I want the chair rail to sit and then used painter’s tape to mark the line. I painted two coats of semi-gloss trim paint (that matches our window, door and baseboard trim) on the lower portion of this wall. 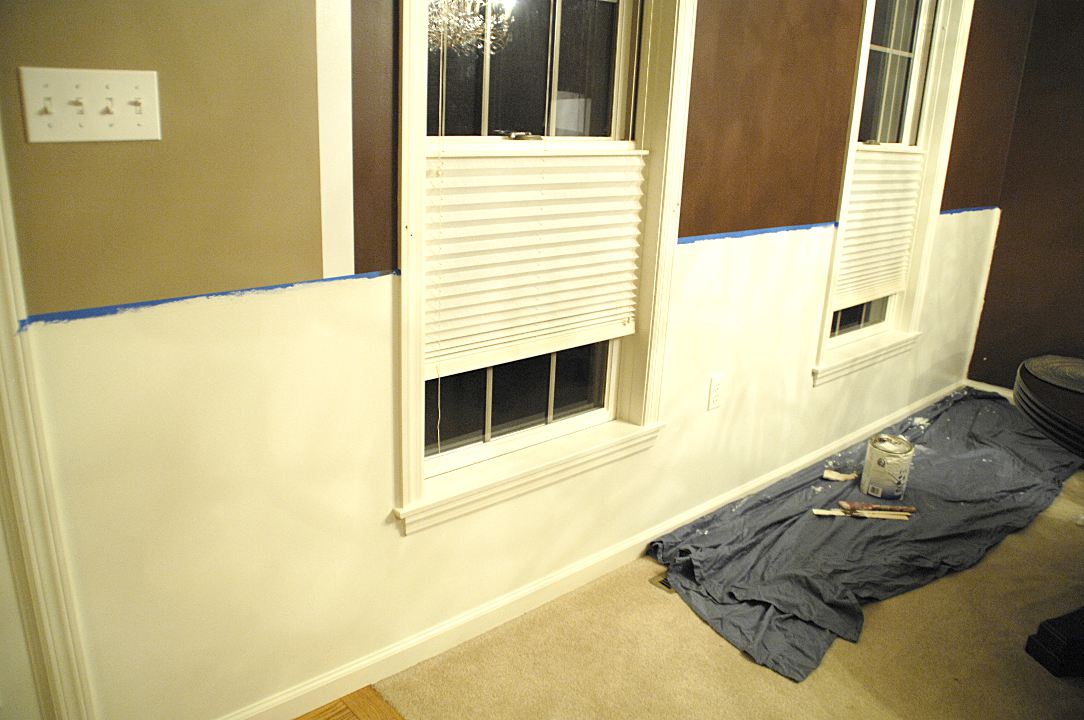 More to come on this project … I have a feeling it’s going to be a tail kicker.