New lights in the kitchen

Happy Thursday! If you’ve been following LROL for a bit, then you know we have been slowly upgrading our kitchen. You can see the progress here, here and here.

Our latest update has been the lighting fixtures over the breakfast table and kitchen sink. Last weekend, I found three lights at Home Depot (two pendants and one mini pendant) that I thought would serve as great replacements for the “contractor’s special” fixtures that were originally installed when our home was built. 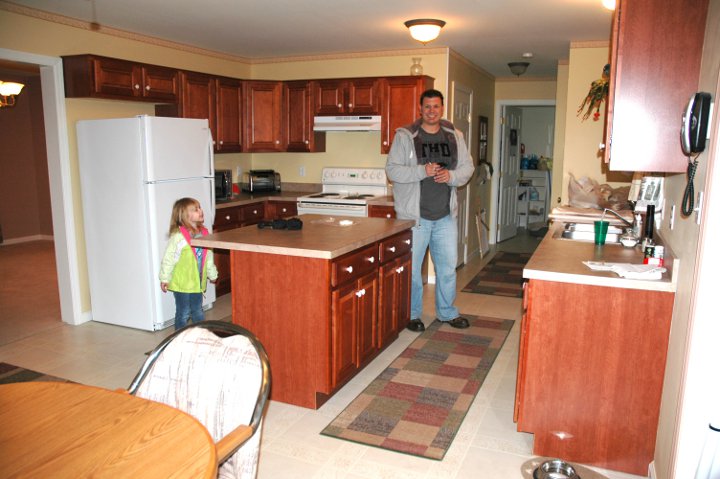 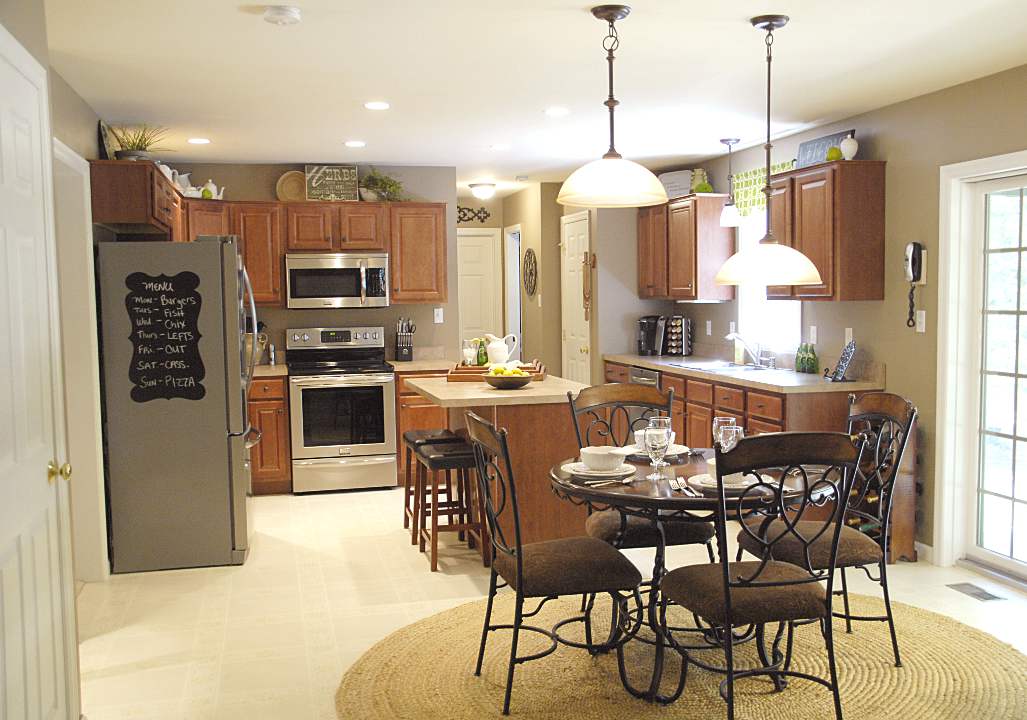 Now, I probably would have chosen different lights if I had an unlimited supply of money. But I think these work just fine and I only spent $130 on all three fixtures total! (We are planning on elevating the lower one a bit. The hubs will need to do some re-threading of a piece to make this work, though. Nothing is ever simple, is it?) 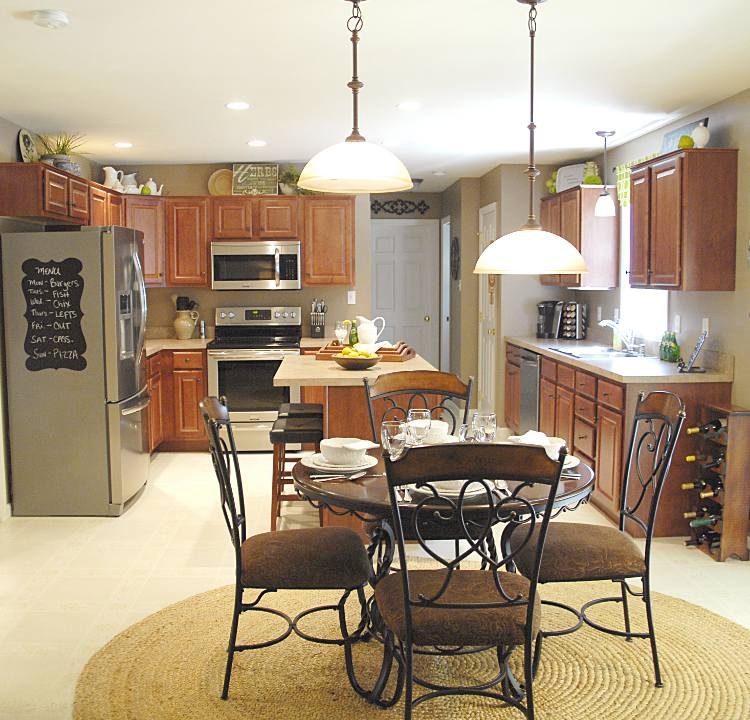 Previously, we had a bit of a dilemma over the breakfast table. The fixture we had was a single ceiling fan/light that was nowhere near centered over the table. If we wanted to correct the problem, we were going to have to cut another hole in the ceiling, re-route the wiring and box, and then patch the original hole. Moving the table to be centered under the light would have put the table too close to the sliding glass door. Grrrr!

We decided on an easier solution instead. We used the original hole for one of the new pendants and then added another pendant beside it. This allowed the lighting to be centered over the table. No patching was necessary.

We added a matching mini pendant over the kitchen sink. We originally had an infamous “boob” light in that spot. 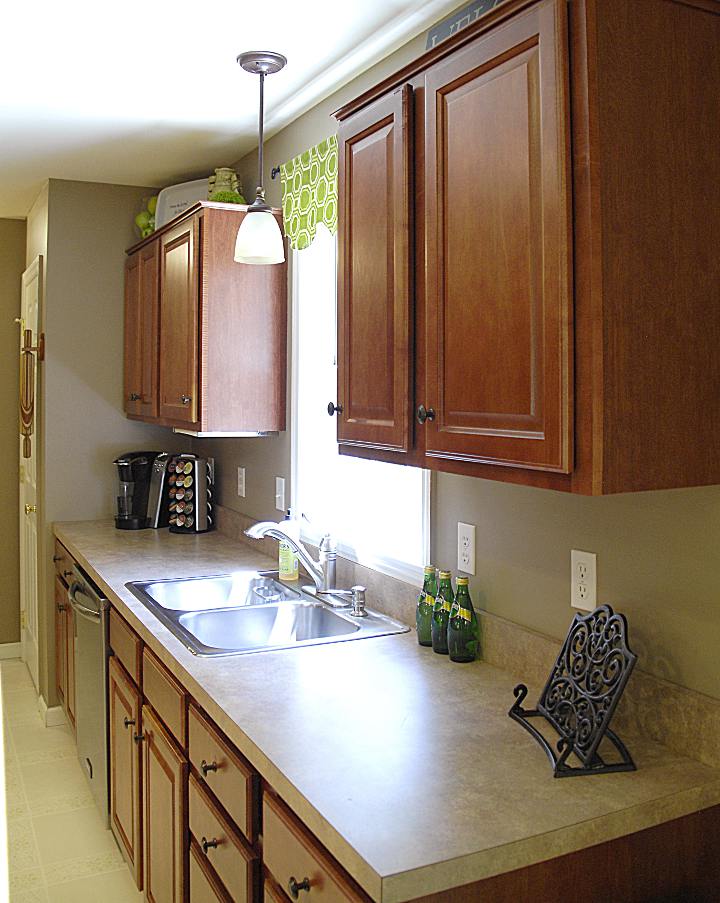 Here are some more pics of our kitchen in its current state: 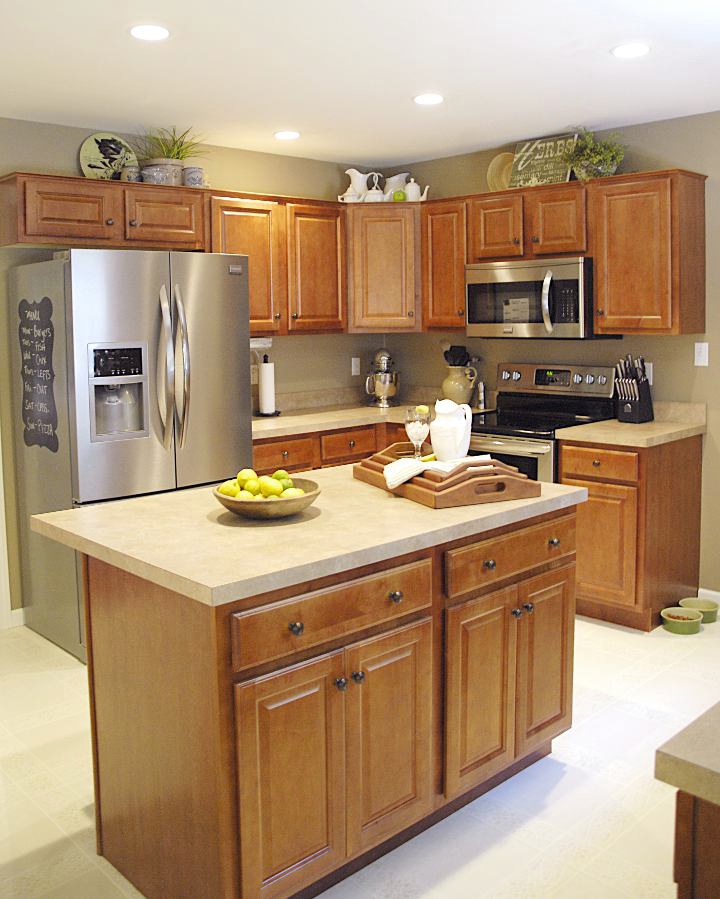 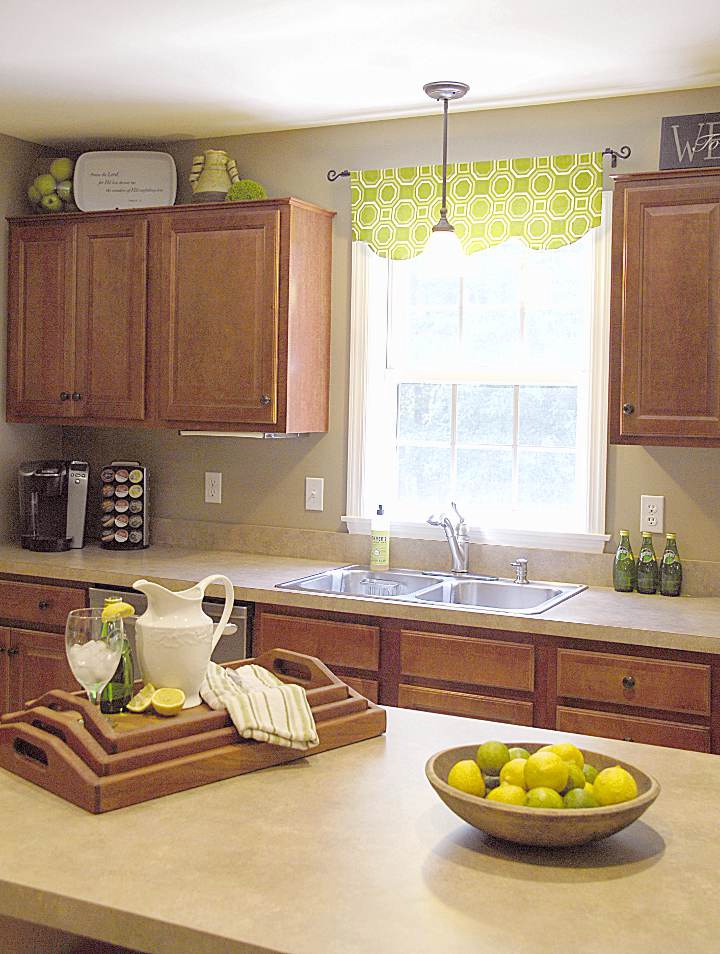 There are more updates to come, so stay tuned!

I’m linking this up to Beneath My Heart.