My pursuit of perfection: How the veil of illusion was lifted

This post is the first in a three-part series on embracing imperfection.

My pursuit of perfection started when I was a young girl, growing up in the 1980s and 90s. I remember poring over pages of perfectly styled bedroom suites in JC Penney’s “Big Book,” trying to mimic the look in my yard sale-furnished bedroom.

But even worse than my early preoccupation with home décor was my fascination with the models in “Teen” Magazine.

“How can someone’s skin look so flawless close up? It must be that brand of makeup they’re using,” my naïve teenage mind concluded.

It wasn’t until I was introduced to the world of Photoshop as a twenty-something journalist that I understood how simple – and common – it is to digitally concoct perfection for the pages of magazines and websites. But the final veil of illusion was lifted from my eyes when I began blogging.

While attending my first blogging conference in 2012, a few months after I launched Living Rich on Less, I nervously struck up a conversation with a seasoned blogger whose work I admired. “Tonya, your home must look so perfect, with all the amazing projects I’ve seen on your website,” I remarked.

I’ll never forget her response. After a loud laugh that continued for several seconds, she managed to spit out the words, “Yea right.”

“What a strange reaction,” I thought. It wasn’t until later, after many projects and posts of my own, that I truly understand the lunacy of my statement.

When I showcase projects on my blog, I usually meticulously – and painstakingly – stage the environment I’m photographing. And in addition to setting the scene with the decor, I use a professional-grade camera and a studio lighting kit. In other words, I do my best to make sure everything in front of the camera looks perfect.

What isn’t conveyed or reported is what’s behind the scenes. So the audience is left with only the reality in front of them – the staged, “perfect” version of reality. 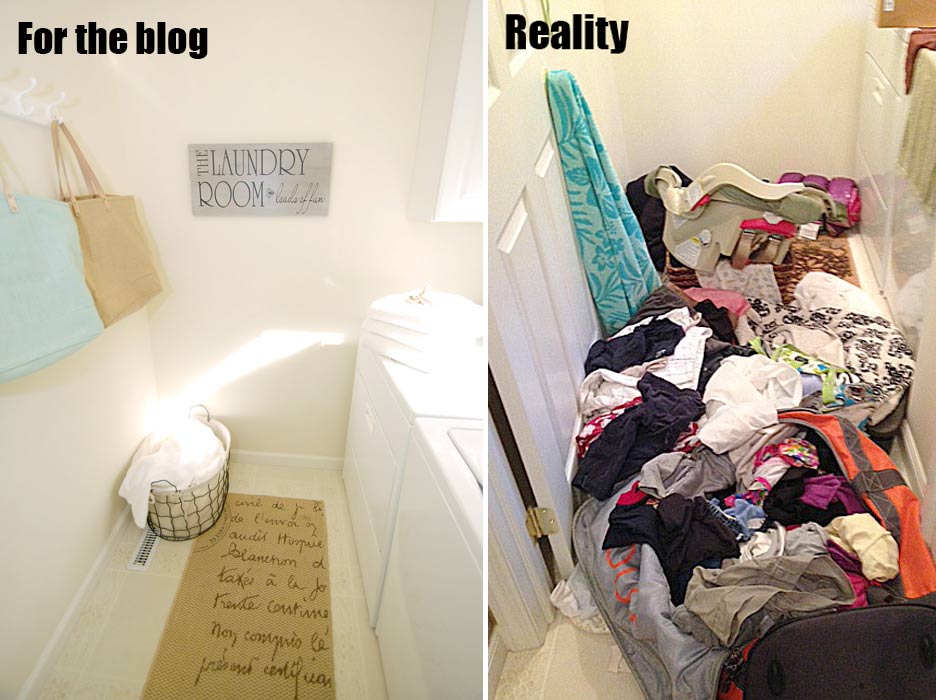 Because most of us saturate ourselves on a regular basis with the perfectly staged eye candy we find online and in magazines, we assume that our homes, or worse, ourselves, are somehow in need of improvement. Inevitably, we continue to chase a horizon of perfection we’ll never reach. And when our real lives don’t match what we see in media, we’re left feeling frustrated, empty and inadequate.

I don’t know about you, but I don’t want to feel frustrated, empty or inadequate! That’s why I decided to start this blog series on embracing imperfection, because it’s one key to ridding ourselves of these nasty feelings. Later this week, I’ll be sharing my top three reasons why we must learn to embrace imperfection. I’ll conclude the series with some practical ways we can do it!

Do you struggle with perfectionism? What coping strategies have you learned?

Tags: the pursuit of perfection