Last week, I continued to work diligently on our son’s nursery, which is a good thing considering he is almost two months old! 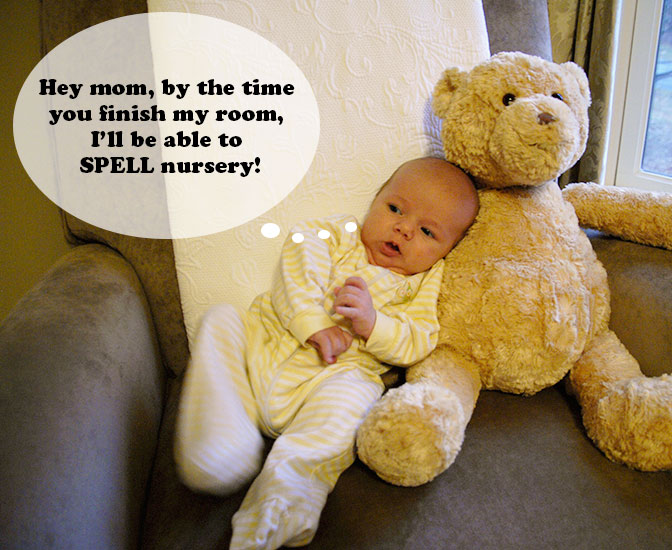 I am determined to finish this room before I move on to any other major projects. I have discovered a bad pattern … I get almost finished with a room and then lose interest and move on, leaving the final details undone. This has happened with my dining room re-do as well as my office re-do. I must stop this vicious cycle!

With that said, let’s look at the latest on what’s been accomplished in baby’s room. 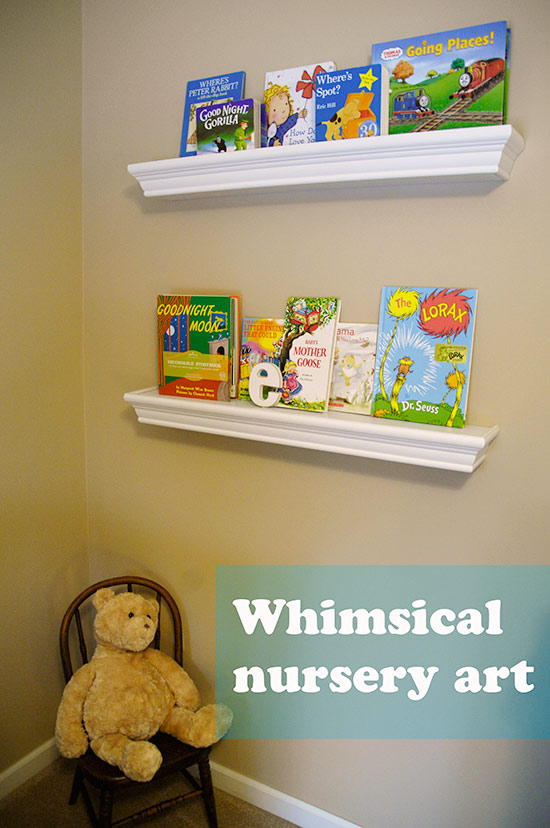 For Christmas, I received a Hobby Lobby gift card from my brother in law, so I headed over there immediately and purchased two shelves, which I used to create this little book nook. (To fully understand my obsession with Hob Lob, read this.) These shelves were 50 percent off and I was able to wrangle another 10 percent discount off one of them because it had a scuff mark on it. After using a Mr. Clean Magic Eraser and some elbow grease, it is now good as new! 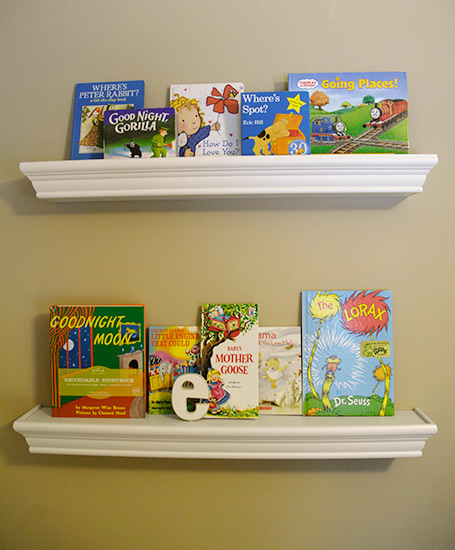 I consider this little vignette functional art! It works well in the room because I’ve kept all the other details neutral and subdued. My goal for this space has been less is more … simple, peaceful and calm. I think kids today are often over-stimulated with toys, media, entertainment and activities. I want to leave room for creative play and imagination. 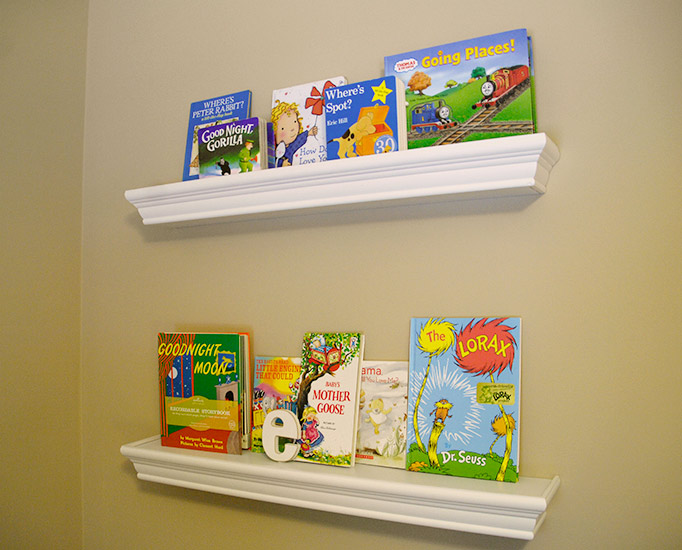 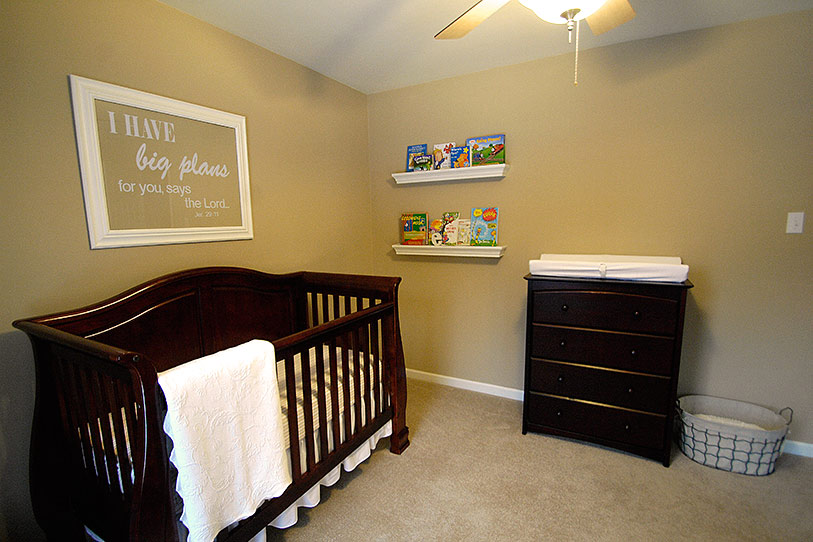 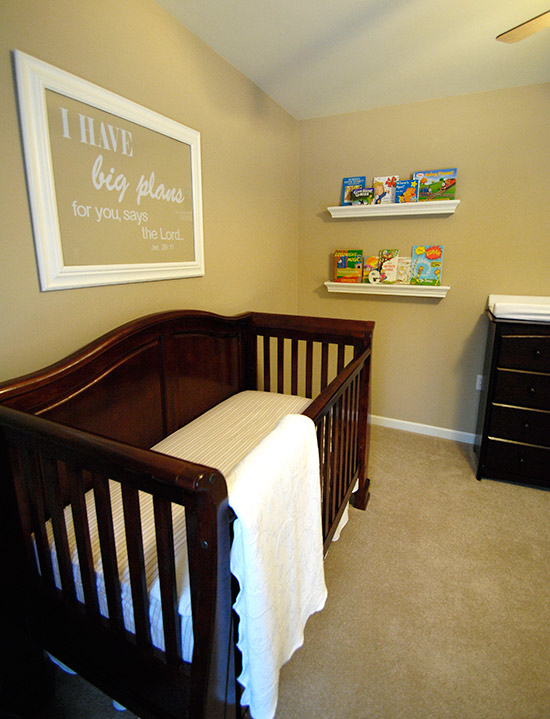 What do you think of the nursery so far?